WAWAC RELEASES THE NEW MUSIC VIDEO OF THE AFRO-FUSION VERSION 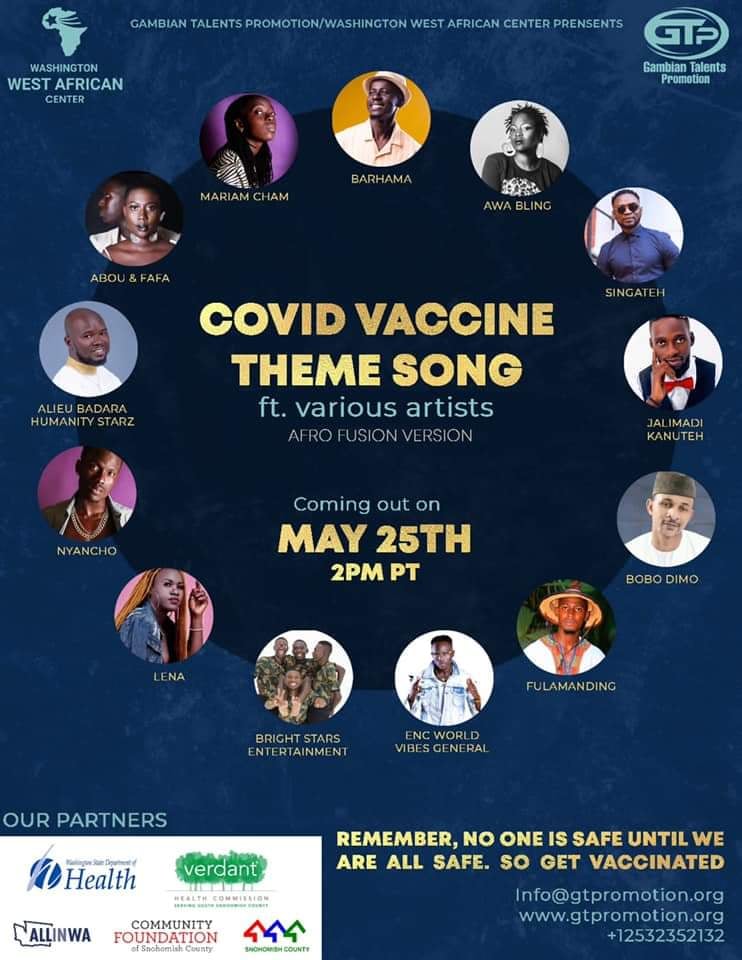 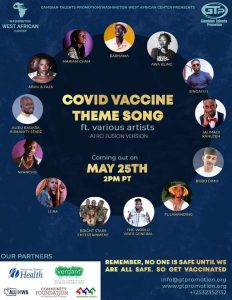 First of all, we thank our partners such as Washington Department of Health, All-in Washington, Group Health Foundation, Verdant Health Commission, the artists, producers, editors, dancers and our own videographers who work tirelessly to see that this admirable video successfully came out on the 1st January 2022.

In his recent press statement, Pa Ousman Joof, the Executive Director of the Washington West African Center expresses his sincere happiness about the progress made by his organization in bridging the disparity and providing health equity to his community. “I thank God a lot for this. We have been working really hard since the vaccine came out to see to it that our community members are also vaccinated.” The WAWAC ED also explained the efforts put into the production of the songs and video. ” It took a lot of effort, time, money and logistics to coordinate over 20 artists to do 2 songs. I had a lot of sleepless nights trying to coordinate with the stakeholders in Gambia. I’m glad to see the end results” Said Mr. Joof.

If we take few steps back, we will recall that in April of 2021, WAWAC received support from Washington Department of Health and All-in-Washington to take part in the Covid 19 Vaccine sensitization. With these appreciative supports, we where able to apply several strategies including the use of music and drama. We collaborated with over twenty different Gambian artists including Jaliba Kuyarteh the King of Kora, female vocalist Sambou Susso, and the recently deceased Tata Dinding Jobarteh to produce 2 theme songs that we are using to educate the West Africans in Washington about the importance of taking the Covid-19 Vaccine. The “Traditional version” featured twelve different artists while the Afro-Fusion version featured fourteen contemporary artists singing in 7 different languages on themes like Vaccine Hesitancy, Myths and Misconceptions about the COVID-19 vaccine as well as the facts and benefits of the vaccine. Watch the new video of afro-fusion here https://youtu.be/LUVUhUJEHio. Watch the recent recent released Traditional version here https://www.youtube.com/watch?v=67gAEyZNmCE.

It is important to note that thousands of people, both home and abroad, streamed the newly released Afro-Fusion version on new year’s day. WAWAC did not stop at that but continue to feature the video on GTTV.