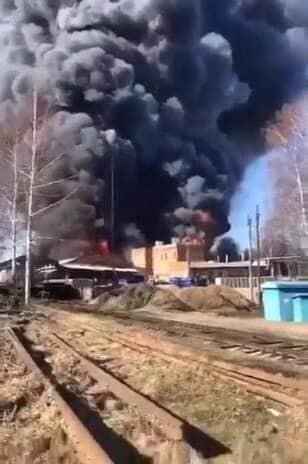 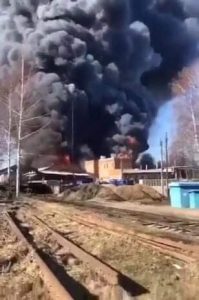 Russia’s biggest chemical plant burns down in second mystery fire in a day.
Footage shows smoke billowing from the Dmitrievsky Chemical Plant in the city of Kineshma, around 250 miles east of Moscow. The site, the largest manufacturer of chemical solvents in the country, is around 950km from the border with Ukraine.
Earlier today scientists were reportedly forced to jump out of windows in a separate fire at a defence institute in Tver, which develops new space and weapons systems. The blaze was at the Second Central Research Institute of the Ministry of Defence of the Russian Federation, which has been involved in the development of Iskander missiles used with deadly effect in Ukraine
Source Africa’s Wakanda…
Share
Facebook
Twitter
Pinterest
WhatsApp
Previous articleOMAR DISAPPEARED WHILE SWIMMING
Next articleYouth Movement Against Road Traffic Crashes Holds A Peaceful Procession To Raise Awareness of Road Accidents
- Advertisement -