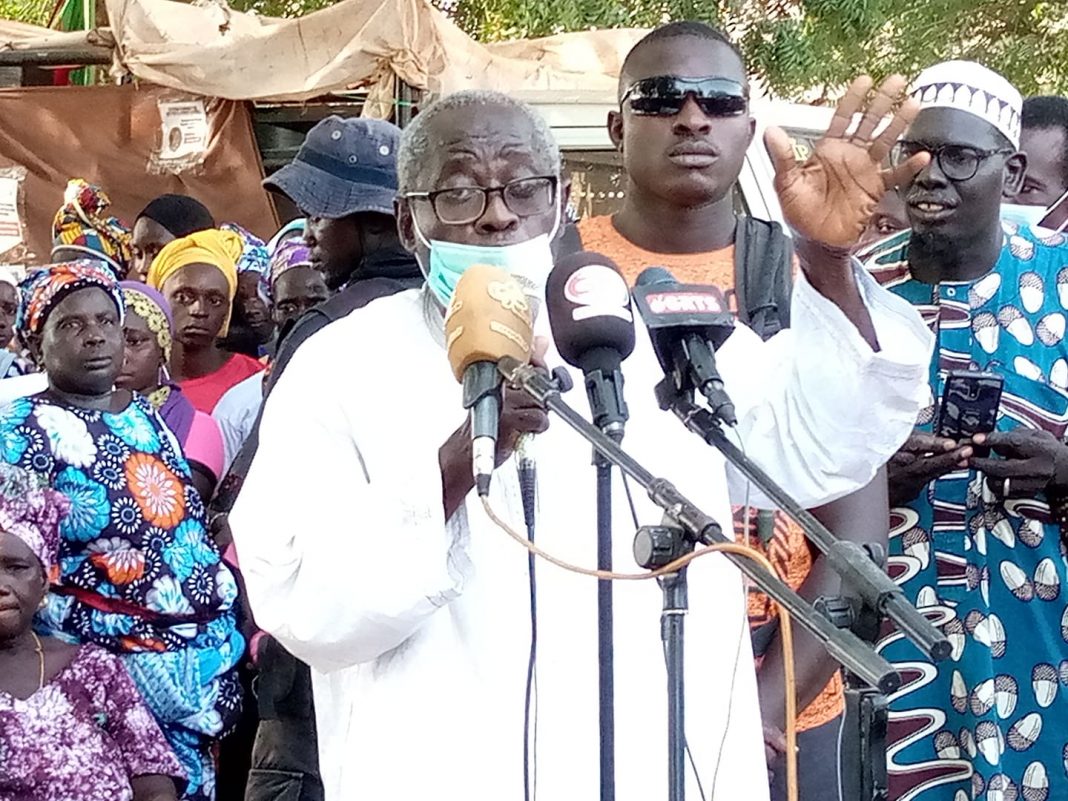 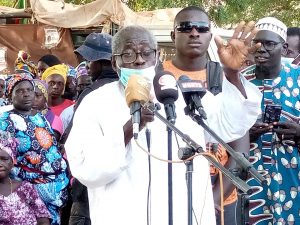 By Mouhamed Mbay Garmi, In a spot meeting at Kerr Maamut Faana, the flag bearer of People’s Democratic Organization for Independence and Socialism (PDOIS) Mr Sallah adressed the crowd and told them “it’s two battle, the one was successfully fought on 2nd December 2016, and that fight was to fight against dictatorship; that fight was a fight to liberate the innocent citizen of the Gambia and they were liberated. And now, they know where power belongs to and they are aware of that now. If you allow to be fooled again and again like you where fooled in 56 years, it will not be a mistake but a deliberate act and Gambian should not allow any mistake of choosing a leader in this trying time”.

He said “this maybe my last chance of standing before you taking about politics, if you give me the chance I will lay the foundation and poverty injustice and ignorance will be eradicated, if you fail to do so then I will sit back and engage myself in other things to develop my country other than politics and accept the fact that my people want to suffer and won’t continue to participate in a politics that the people didn’t know who they are. As I said the other battle is to eradicate poverty, ignorance and injustice and it’s just depend on you the people whether you want a system change that will change your lives, that will change your health system, that will change your educational system and all sectors that are not working due to poor governance and that poor governance it’s cause by a bad system. I therefore urge every Gambian to wisely scrutinized the candidates to be able to identify who is the man to solve their problems”. He concluded by saying “This is a battle of ideas and how to change the system that will impact every citizen of the Gambia and that’s the battle PDOIS called for”

Share
Facebook
Twitter
Pinterest
WhatsApp
Previous articleMENYANTA WITH ALH EBRIMA BAH MAMAKOTO FT THE THINGS WE EAT THAT KILL US
Next articleWhat Gambians Think about Essa Faal wanting to be next President for The Gambia?
- Advertisement -