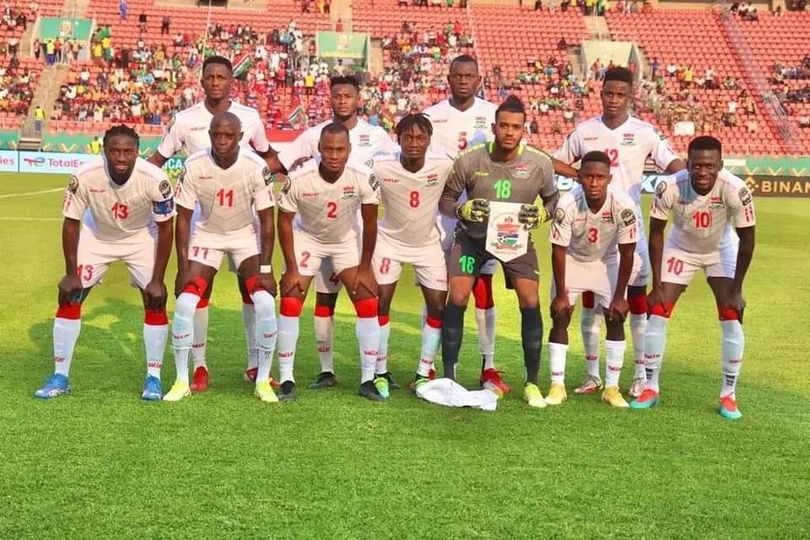 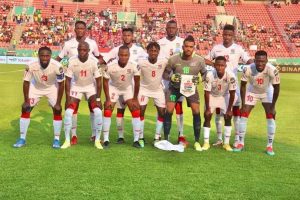 The National Co-ordinating Committee wishes to inform the General Public it had in utmost good faith entered into an agreement with two separate agents in the names of AEROWOLD/PFS and JET SPORT EVENTS respectively for the transportation of The Gambia National Team and the Fans/Supporters to Cameroon for the AFCON 2021. These agreements were signed after the completion of bidding process where the two aforementioned companies turned out to be the most responsive bidders.
AEROWOLRD/ PFS was contracted to fly the players from Qatar to Banjul and then Douala on a one-way flight with the understanding that the team may either fly back directly to Europe or back to Banjul depending on their progress in the tournament while JET SPORTS EVENT was contracted to transport the supporters / fans on a separate date. In our agreement with JET SPORTS EVENTS, it was clear that the delegations’ return date to Banjul was subjective to the team’s progress in the tournament but a 48-hour notice was required to have the aircraft ready to fly the delegation back home.
Following the team’s exit in the quarterfinals match against Cameroon on Saturday the 29th January, the Logistics Committee immediately informed JET SPORTS EVENTS that the team will leave Douala on Monday the 31st January 2022, not only as per the agreement but also to ensure all our players arrive in Banjul on time to travel to their respective clubs.
We were informed by the chartered flight company that an aircraft will be available on Monday the 31stJanuary 2022 at 11.00am or Mid-day which information was shared with the delegation in Cameroon. The whole day on Sunday the 30th January, the Logistics Committee continued to persistently request for the flight details of the aircraft to depart Douala for Banjul from the chartered flight company but were told that it was a Sunday and they were waiting on securing a flyover permit from Ghana having secured permits from The Gambia and Cameroon. After numerous follow ups and having sensed that the chartered flight company may not have readily brokered a flight to transport the delegation, the NCC took note of the non-lapse of the 48hour period for the chartered flight company to provide us with the flight details but also summoned an emergency NCC meeting under the directives of the Hon. Minister of Youth and Sports for members in Limbe to discuss the matter and agree on a way forward.
During the said meeting, it was brought to our attention that the Chartered flight company had secured a much small flight that was unable to carry delegation to Banjul with a proposal to leave some passengers and most of the luggages in Limbe for two extra days, or wait an extra day which is Tuesday the 1st February 2022 to have a bigger aircraft to transport all the delegation and luggages. It was unanimously agreed at the said meeting, it was best to wait an extra day and have a bigger aircraft to transport everyone back to Banjul and secondly, the time of departure for the small flight that was being proposed was very late which also means arriving around midnight or 1.00am in Banjul will mean a cancellation of the planned welcome of the players.
Despite the chartered flight company confirming to us that the team will depart Limbe for Douala at 09.30 am for the airport to board our plane, we have continued to receive inconsistent messages from them. This caused the NCC to secure the services of a Cameroonian Legal Practitioner former Justice Emmanuel Nkea who has been visiting the fans on a daily basis to take the issue up and take all legal steps to ensure the chartered flight company fulfills its contractual obligation and pay for damages incurred. Justice Nkea had even gone to the point of engaging the Governor of the region who have all since gotten involved in the saga.
The NCC wishes to inform the public that, it has no interest whatsoever to keep our gallant scorpions or any single supporter/ fan here for an extra minute, much more a day contrary to message being shared on social media. The Legal Practitioner has been furnished with all the relevant documents and information to take all the necessary steps for compensation while we are doing everything humanly possible to fly everyone out of Cameroon this evening. The failure of the Chartered flight company to fulfill its contractual obligations gives us every right to seek redress in Court and we have immediately embarked upon that, the outcome which will be shared with the general public.
We crave the indulgence and understanding of the General Public most especially our entire national team and fans/ supporters in Limbe to exercise patience as a flight has been secured to fly us all out of here TODAY Tuesday 1st February 2022 at 8.20pm. We apologize for any inconvenience cause by circumstances out of our control.
Thank you
Share
Facebook
Twitter
Pinterest
WhatsApp
Previous articleLUMFI DEFF FT SAMBOUJANG JAGNE FORMER OWNER OF FANKANTA MOTEL FARAFENNI
Next articleHAPPY ANNIVERSARY TO ANNA CAMARA AND LAMIN JATTA OF ATLANTA
- Advertisement -