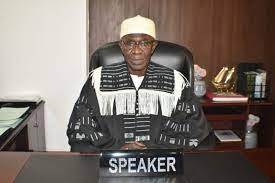 Following careful review of the budget submission from the various Ministries, Departments and Agencies and having carefully studied the various recommendations and observations put forward by the various Committees; noting that the Government continues to operate with a deficit of D4 billion; and FPAC’s commitment to take all necessary measures to reduce the budget deficit without detriment to the functionality of government Ministries, Departments and Agencies, the Committee resolves to recommend the following: i. That Government considers coming up with a new vehicle policy and Internal Audit should come up with control measures. ii. MoFEA urgently implement a revenue audit across government institutions and furnish FPAC on its findings to improve on the domestic revenue mobilization. iii.MoFEA to critically consider improving on their revenue base particularly maximizing on the extractive industry and fisheries sectors. iv.The budget deficit should be reduced regardless of any recommendation for increment. v.That there commendations of various Committees be considered for endorsement where feasible. vi. That MDAs should move to Cash Powers instead of the normal NAWEC billing system vii. The government should consider investing in renewable energy to curtail the exponential rises in cost of electricity across MDA

Croatia Qualifies To The Quarter Finals of 2022 FIFA World Cup