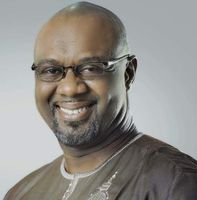 Speaking at a meeting in Koina, The former leader of Gambia Action Party (GAP) accused Ousainou Darboe, the leader of the United Democratic Party( UDP)for signing the Deportation papers of Gambians and wanted Gambians to be deported back to the country when he was then the minister of foreign affairs and Darboe don’t like Gambia.

this came as a result when Musa Yali Bachilly announced his support for President Barrow before his Nominations to run for presidency in December 4th Presidential elections, which led to the suspension of Hon. Bachilly from Gambia Action Party in which he was the founder. He added that Mr Darboe is also vying for Presidency but he will not have it, as Gambians has decided to vote for President Adama Barrow. Mr Bachilly urged the NPP-led Coalition to work together under one umbrella so that president Barrow can be re-elected back to statehouse..