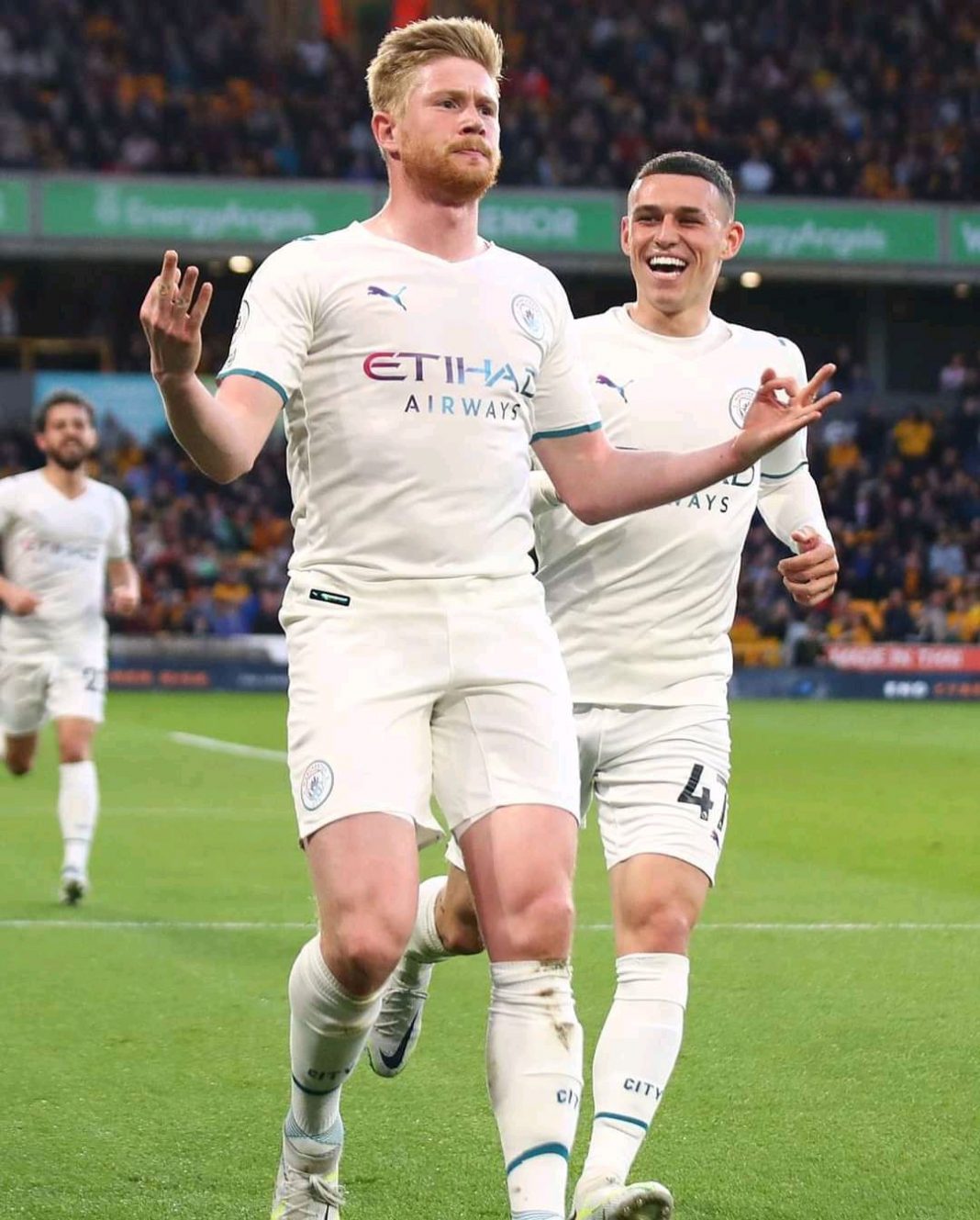 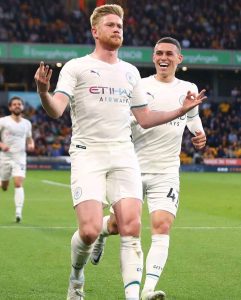 Kevin De Bruyne Welcomes Haaland in Manchester City’s yesterday victory celebration. This comes after scoring four goals against one of this season’s struggling side Wolves, who are making a lots of efforts to make it to the Europa League.

Manchester City boost their Premier League hope after extending the lead over their rivals Liverpool. The game ended 5-1 in favor of the sky blues.

Share
Facebook
Twitter
Pinterest
WhatsApp
Previous article“It Is A Social Contract And We Cannot fail and Cannot Afford To fail”,Said The New vice President Badara Joof
Next articleDembo Jobarteh, Alias D-Jobs is Reported to Have Been Bailed
- Advertisement -