“It Is A Social Contract And We Cannot fail and Cannot Afford To fail”,Said The New vice President Badara Joof 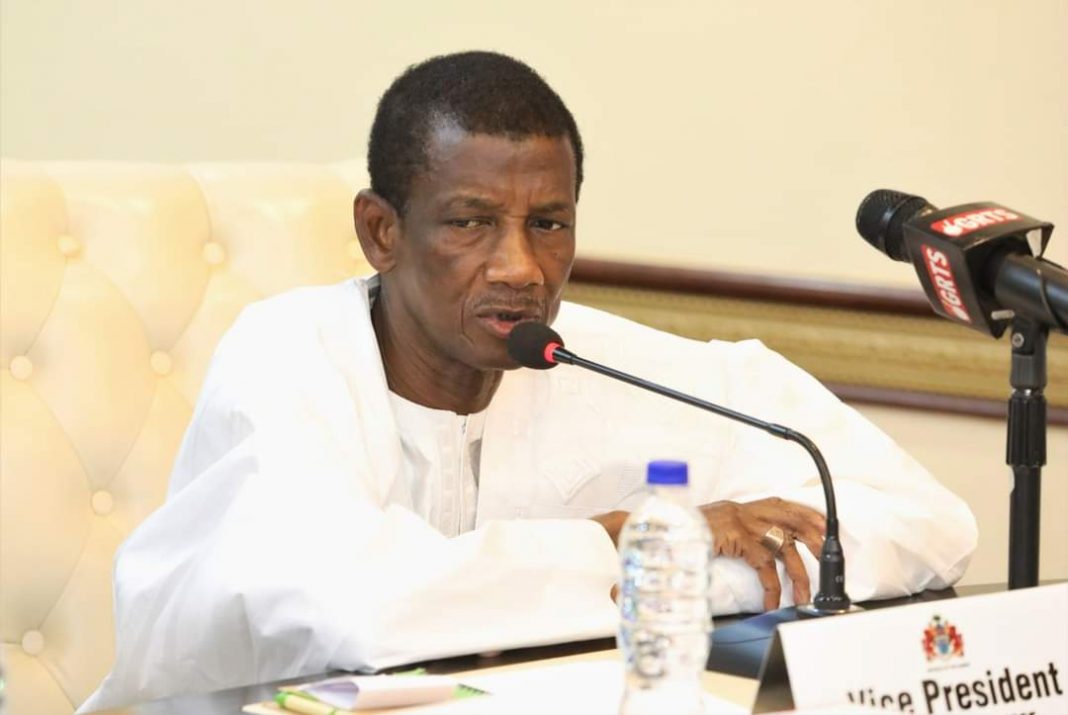 Speaking on behave of the newly sworn-in cabinet ministers on Tuesday 10th May, 2022. The newly appointed Vice president Badara joof said, “ the appointment to cabinet is a privilege but the position is not driven by privileges, it is and should be driven by performances, results, delivery and development”.

The newly appointed VP also added that to do that, we have to work as a team and to work as a team we need to consulte, coordinate, cooperate and dialogue. He futher contiuned by admitting that working in silos will fragment the development agenda and therefore the realization of the aspirations of the National development Plan (NDP) would be undermind.

Joof said “hence the name cabinet we need to work as a family, and move the development agenda of the country, to fullfill the expectation of the person who appointed us to this positions and by extention to fullfill the expectation of the Gambian people, they expect us to deliver”.
Minister Joof said “the recent election is a watershed in Gambian history we cannot fail, we cannot afford to fail.”

The newly appointed vice president outlined some of the pressing challenges that are facing by all them recently and said one of them is the rising of pricing coast of living and futher challenged the minister of Finance, the governor of central bank, the incoming minister of trade and the GRA to come together work with the chamber of commence and business community to see how they could mitigate these difficult times.

The second one he outlined is the Security Situation in the country again challenged the minister of Interior, Defence to the security out-fits of the country and see how the best they can address, so that the place is safe for everybody, safe for investment, and for tourism.
Joof further said the tasked to which we are called to deliver is a tall order and that requires focus, dis- partern character, tough mindedness, strategic and perspective thnking, it cannot be business as usual. we must have strategies in place to fullfill the expectation of the the people, so that five years hence when the president, this government, this cabinet is held to account.

Joof contiuned “ its is a social contract and we cannot fail and cannot afford to fail.”Tough decision are ahead, but you have take them.

He finally thanked president Barrow for their appointments and he said he has no doubts in their rendezvous with 2026, they would not be found wanting.