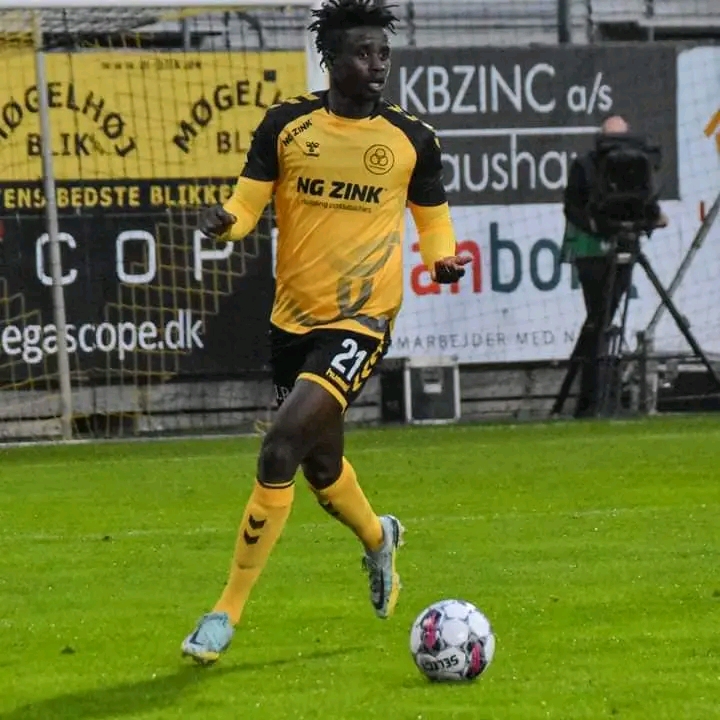 As a football enthusiast, James Gomez sacrifice his life to quit his upper basic education as earlier as possible: in exchange of footballing career. Stranged it was, as many will predict ones life as failure: knowing how little an opportunity was for one to make it through football.

James Gomez, with a very strong determination and thick skin, decided to join the Greater Tomorrow Football Academy; as some would called it at the time, ‘Ben Academy.’ If one takes fews steps back to see wether James’ talents are as a result of natural gift, you get to understand that this youngster gain his skils through continues hardwork.

Nine years back, have you been using Darsilami-Brikama road early mornings? If yes, then you must have one day, seen James rocking that road to go to Greater Tomorrow Academy in early mornings. Often, when passing by him while on the way to school, I used to tell myself ‘this boy will make it one day’ – through football.

Just to mention few, this is how one of Gambia’s current best defenders developed his career – with the support of Benjamin Eze.

James went through various categories at Greater Tomorrow Academy up to the first team. He played many Nawettan games at Boxba Mini Stadium.

When did many Gambians started realizing that there is a hidden talent in our football discours? It was during James’ first appearance in the Zonal Tournament where he carried Brikama United on his back.

His journey to one of the country’s footballing elites