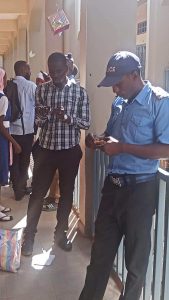 Personnel of The Gambia Revenue Authority (GRA) on Tuesday, 30 December 2022 allegedly closed down shops at the Basse Market for refusing to pay their taxes on time. Shop owners contacted this medium to express their dismay over what they described as a “surprised closure” of their shops.

Yankuba Jaiteh, a shopkeeper, said around 2 pm, operatives from GRA came to his shop and asked him to pay his tax. Jaiteh said he was not with any money at the time and this was when he was asked to close his shop. Jaiteh informed the tax collectors that he was not informed about it, but he was told that he ought to know better as tax payment is mandatory. Jaiteh said he was informed that he was having an arrear of D1500. Jaiteh decried that they are facing the challenge of making sales at the market adding sometimes they come to work and go home without making many sales. 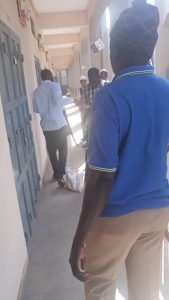 “We were not informed about their coming. It doesn’t mean we don’t want to pay tax, but the current situation of our market is not encouraging,” he said.

Jaiteh said he was compelled to pay because his shop was closed by the GRA operatives using a different padlock. Mr. Jaiteh frowned at the conduct of the personnel which he considered unprofessional.