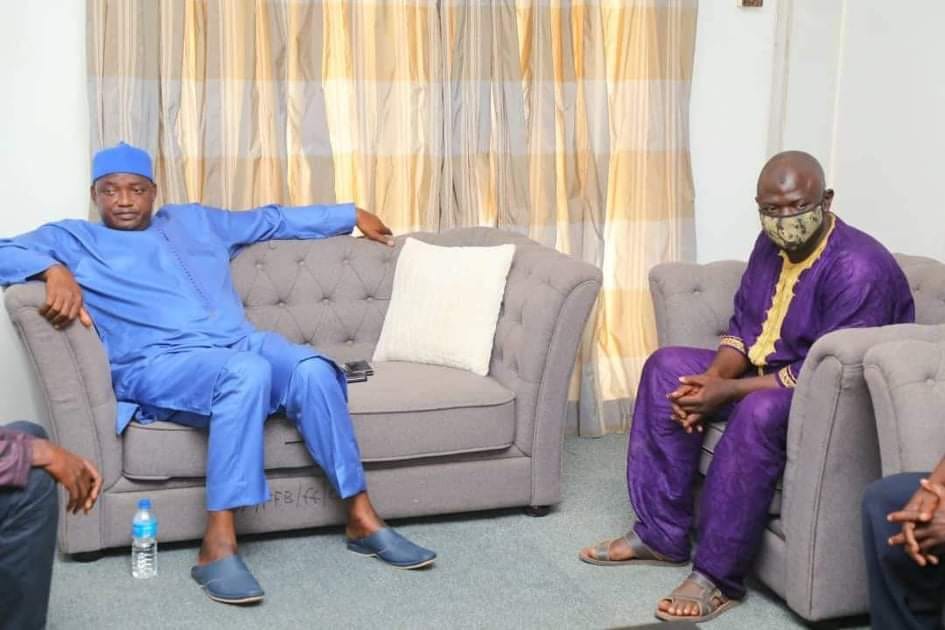 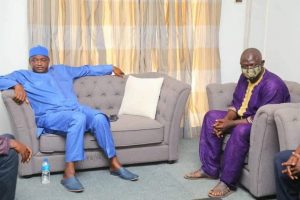 General Momodou Lamin Bah commonly known as MA Bah on Thursday afternoon met with President Adama Barrow to renew his support and loyalty to the National People’s Party. The former UDP and APRC staunch supporter met the President at the Military Barracks in farafenni, were his Excellency spent the night.
In an interview with journalists shortly after his meeting with the President, General Bah said he came to renew his support and loyalty to President Barrow ahead of the December 4th Presidential election. According to MA, he is showing allegiance to the president because President Adama Barrow is the only one who can develop the country especially at the point that the country is, “Gambians are deeply divided and Gambians need to be very careful and there is a need to re-unite the country.” Said Bah.
According to the former General, after his assessment and analysis of the political situation, he sees that “Adama Barrow is the only candidate suitable for the position.”
Reacting to the news, The Spokesperson of The National People’s Party, Seedy Njie said “I am very happy. This is an indication that every Gambian is behind President Barrow and to all those who in one way or the other are party leaders, those that want to be president and influential people are listening to their people in the country because they have all decided to fight for and support Adama Barrow and his re-election.” Njie said “for MA Bah to come and endorse President Barrow’s candidacy is a plus for the NPP camp”. He thanked him on behalf of President Barrow. Njie assured MA and all those who came before the president “to feel at home and be part of the team that is going to win the December 4th presidential election.”
MA is a housewhole name in The Gambia. He was a former Army General during Yaya Jammeh’s regime. He later joined the United Democratic Party (UDP) after falling apart with his former boss. He returned to the APRC after the December 2016 presidential election where he was vying to become the interim leader of the party. He briefly crossed carpet to President Adama Barrow’s NPP and then back to the APRC. Today, he finally returned to show loyalty to President Adama Barrow and the NPP.
Share
Facebook
Twitter
Pinterest
WhatsApp
Previous article“PROMISES MADE, PROMISES KEPT” DO YOU AGREE WITH PRESIDENT ADAMA BARROW?
Next articlePUBLIC NOTICE FOR RECUITMENT INTO THE GAMBIA ARMED FORCES
- Advertisement -