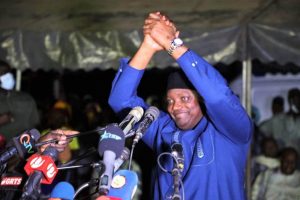 President Adama Barrow has given different women groups in the Central River Region (CRR) an amount in the tune of three million eight hindered and fifty thousand for their use.

The Gambia Government through the Ministry of Gender, Children & Social Welfare presented a cheques to these women’s groups in the Central River Region during a meeting held at Laminkoto. The funds are part of the government’s Women’s Enterprise Development Fund, which aims to empower Gambian women.

The Minister of Gender Fatou Kinteh mentioned that “we gave you the money because president Adama Barrow wants to empower and support Gambian women.” She stated that before the end of the year they target to support to 23,000 women countrywide. She mentioned that in July 2022 her Ministry with the support of President Barrow have disbursed thirty-eight thousand, five-hundred and fifty dalasi (D38,550) to women groups. 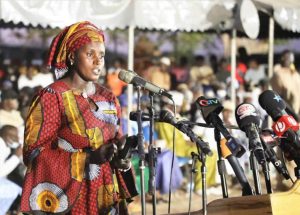 The presentation of the cheques was done by the President on Wednesday, 23 November 2022 at Laminkoto, Central River Region during a meeting in the ongoing Meet with the People Tour.

“It Is A Social Contract And We Cannot fail and Cannot Afford To fail”,Said The New vice President Badara Joof

PRESIDENT BARROW BRAGS ABOUT BRINGING DEVELOPMENT IN BASSE AND OTHER PLACES